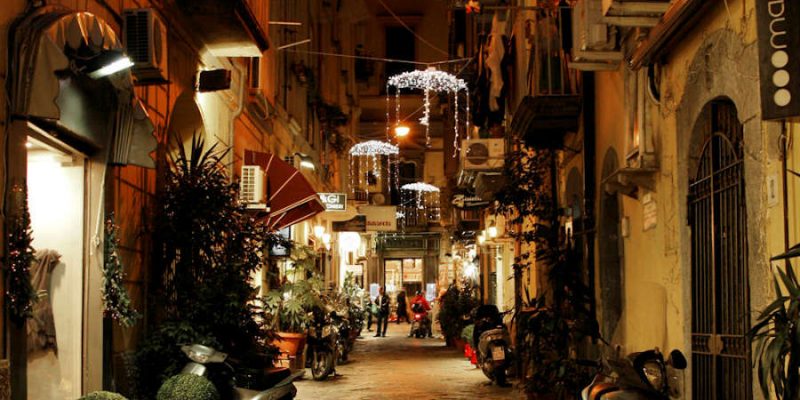 With its strong community spirit, unsanitised street culture and crumbling architecture, the gritty southern-Italian city of Naples attracts those who want to see a raw and untamed side of Italy.

In the 20th century, trailblazing cultural icons such as Hemingway, Pablo Neruda and Andy Warhol were seduced by Naples. Today, trendsetting young artists and writers are drawn here too, some enticed by the vital and uncompromising portrayals of the city in Elena Ferrante’s My Brilliant Friend and Roberto Saviano’s Gomorrah.

What makes Naples’ nightlife cool is not a slew of hipster bars furnished with pallet furniture and bare light bulbs, but the very absence of these kind of places. At night Neapolitans spill out onto the streets and cluster around the galley bars and cafes of Piazza Bellini. On the west side, students gather at Caffè Dell’Epoca for the famous €2 Aperol spritz, then head on to the buzzing Afro-beats nightclub Teranga. Those in search of cocktails and live music find it in sophisticated bars on the east side of the square, such as Nea, which is an art gallery by day, and leafy Intra Moenia, which doubles as a publishing house.

Elsewhere, impromptu gigs erupt in the Spanish Quarter’s bassos (tiny ground-floor apartments) and experimental DJ sets draw crowds to Spazio Intolab – an abandoned wool factory near the station. However, insiders know that each night of the week lends itself to hanging out on the street outside a different bar. On Wednesday the cavernous Buco Pertuso hosts up-and-coming bands and cheap drinks; on Thursday Francesco Sepe keeps his family Antica Cantina Sepe open late for his now infamous ‘Aperisepe’ evenings, serving €1.50 wine and his mamma’s aubergine parmigiana; on Friday outside Spiedo D’Oro, well-loved owner Enzo hosts small ramshackle live-music gigs.

Well-heeled Neapolitans head out for their pre-dinner aperitivo in the smarter area of Chiaia, near the seaside. The narrow streets, known as baretti, are punctuated with cocktail bars such as Antiquario and Chandelier, where Negronis are accompanied by a banquet of charcuterie and cold salads.

Nestled between amorous scrawl, graffiti tags and protest manifestos, street art by local and international artists adorns the fragmented stockades of the city. Naples’ mayor has even pledged his support, writing on his Facebook page that street art fits with the ‘city’s social and political revolutionary drive’. A Banksy – the only one in Italy – can be spotted in Piazza dei Girolamini in the historic centre: a Madonna figure stencilled onto the wall in blue-grey tones, with a gun above her head in the place of a halo.

Local duo Cyop & Kaf have created more than 220 murals on shopfronts, shutters, and street corners in the Spanish Quarter. Painted flatly in blocks of colour, the murals show surreal, dreamlike and often disturbing characters that reference local folklore and subvert oppressive forces such as the local mafia. On the outskirts of the city, Jorit Agoch has painted a huge portrait of footballer Maradona – an earthly deity for Neapolitans – on the southern facade of a 10-storey social housing block. On the opposite end of the block is the largest ever depiction of Che Guevara’s face.

The city’s cultural cachet, and an abundance of cheap studio space, is drawing Neapolitan artists back to their once neglected hometown. Artist and curator Raffaela Naldi Rossano runs ‘Sibilla Cabinet’, an ecofeminist (a movement that combines feminist and ecological concerns) and critical-theory bookshop in her own artist-run gallery space. She invites artists and writers to the city to participate in her Residency 80121 program, encouraging a conversation to evolve on what it means to inhabit Naples because, as she explains, ‘nothing is ever certain here’. Local artists such as the Fake Gallery collective and &nd Project Napoli host a continuum of shows, openings and events in DIY venues. Most recently, the city’s rising-star status was confirmed by the arrival of the prestigious Thomas Dane Gallery from London. Like Naldi Rossano, Dane invites international artists to stay in Naples and exhibit in his gallery, adding to the city’s growing artistic buzz.

The very idea of ‘vintage’ clothing emerged here in WWII when resourceful Neapolitans collected allied army uniforms to repurpose and sell on the black market. Per Voi Giovani, a tiny modernist-inspired gem of a shop behind Naples’ station, has been selling vintage clothing to artists and musicians since the 1960s. Rows of colour-coordinated shirts, jumpers and trousers are packed into its brass shelving. More vintage shops line Via Mezzocannone, the narrow student street which runs between the city’s two universities – Il Federico II and L’Orientale. Halfway down on the right is Retrophilia, a light and airy boutique selling a carefully curated collection of women’s clothes.

Filmmaker Pier Paolo Pasolini admired Naples’ ability to avoid succumbing to mass consumerism, and a plethora of small independent boutiques still thrive here today. One unassuming courtyard hides both the quirky Ospedale delle Bambole (Dolls’ Hospital) workshop and the stylish Materia Mediterranea boutique, which sells art, ceramics and jewellery handcrafted by local artisans. Affordable antique gold and coral jewellery is sold in the historic wood-panelled Leonardo Gaita on Via Toledo, and the row of tiny old-fashioned burrows on Via San Biagio Librai. Bespoke men’s tailors such as Mariano Rubinacci, Camiceria Piccolo and umbrella-artisans Talarico have been kitting out fashion-conscious dandies from all over Europe for a century.

There are plenty of exciting places to stay in Naples, and the best finds are as much about people that host you as the location, design and comfort. The Church is an apartment in Palazzo Marigliano, one of the most famous aristocratic palazzos in the historic centre. The vast light rooms house reclaimed and repurposed furniture made by your hosts, a group of friends who take great joy in making a welcoming environment and providing a delicious breakfast on the terrace, which overlooks the terracotta rooftops of the old town.

Casa del Monacone is a former convent transformed by the Neapolitan designer and metalworker Riccardo Dalisi and a team of young Neapolitans into a uniquely furnished B&B, with antique furniture and locally made coloured majolica tiles. Adjacent to the Basilica Santa Maria della Sanità, the B&B forms part of local priest Padre Antonio’s La Paranza project, which aims to engage and employ youngsters from La Sanità – an area once plagued by violence but now in the midst of a renaissance. Nearby Casa D’Anna takes sumptuous interiors to new levels. The luxurious B&B is filled with paintings, books and Neapolitan treasures, and in the morning guests are woken by the smell of fresh bread baking for breakfast. 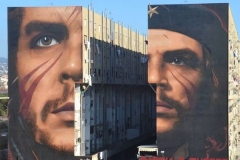 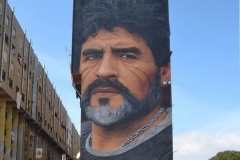 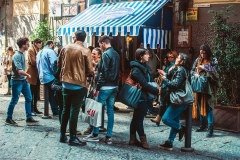 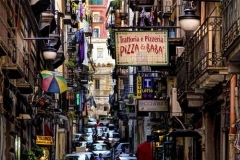 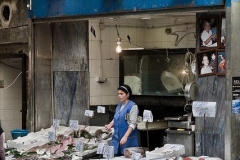 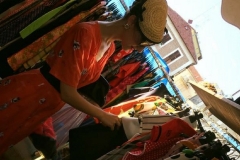 The unique taste of “Scialatielli”