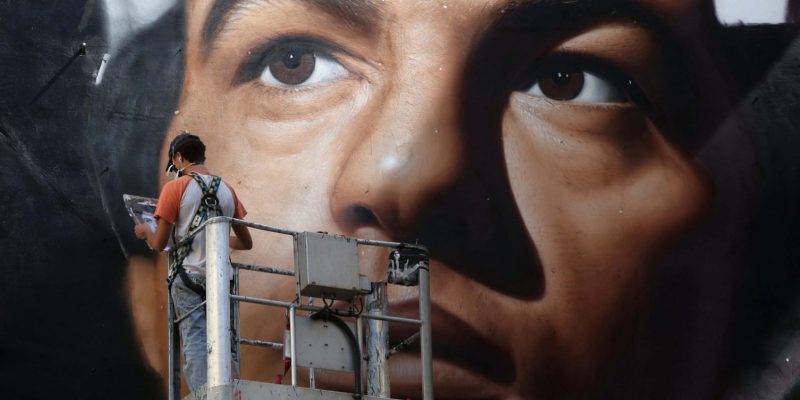 He’s playing an important role in elevating the profile of Naples as a cultural destination. His pieces have appeared on the walls of Brooklyn, Buenos Aires, Cochabamba, Aruba, Gaza and Santiago de Chile.
In August 2019, he paints the face of the first man in space, Yuri Gagarin, on the facade of a twenty-story building in the district of Odintsovo, Russia. It is the largest portrait of Gagarin in the world. As well as the one of his portait of Che Guevara in Naples.
He was put into detention and detained three days after painting a mural depicting a Palestinian adolescent activist, Ahed Tamimi, who had become an iconic figure among Palestinians after slapping the face of an Israeli soldier outside her home in the West Bank village of Nabi Salih. The mural – whose completion was scheduled to coincide with Tamimi’s release from an 8-month prison sentence – was set on the Bethlehem side of Israel’s Separation Barrier
He’s just 28 years old. He’s Neapolitan and his name is Ciro Cerullo, also known as Jorit Agoch.
He has defined his approach as one of picking out ordinary faces to embody famous people, in the style of Caravaggio. Thus, his depiction at Forcella, Naples of San Gennaro, the patron saint of Naples, draws on features of a 35-year-old friend who is a factory worker.
Read more about one of the main contemporary street artist in this interview by Culture Trip

One morning, the American rap legend NAS woke up and found out that someone
made a huge portrait of his face in Queens, NY, where he was raised. 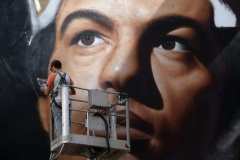 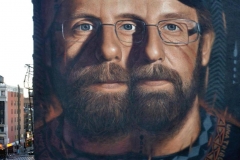 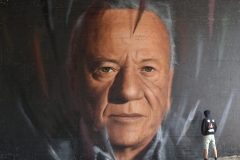 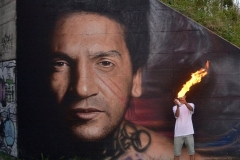 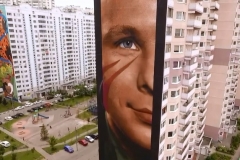 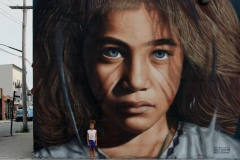 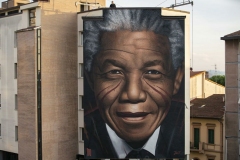